Part of
Reset for the Planet 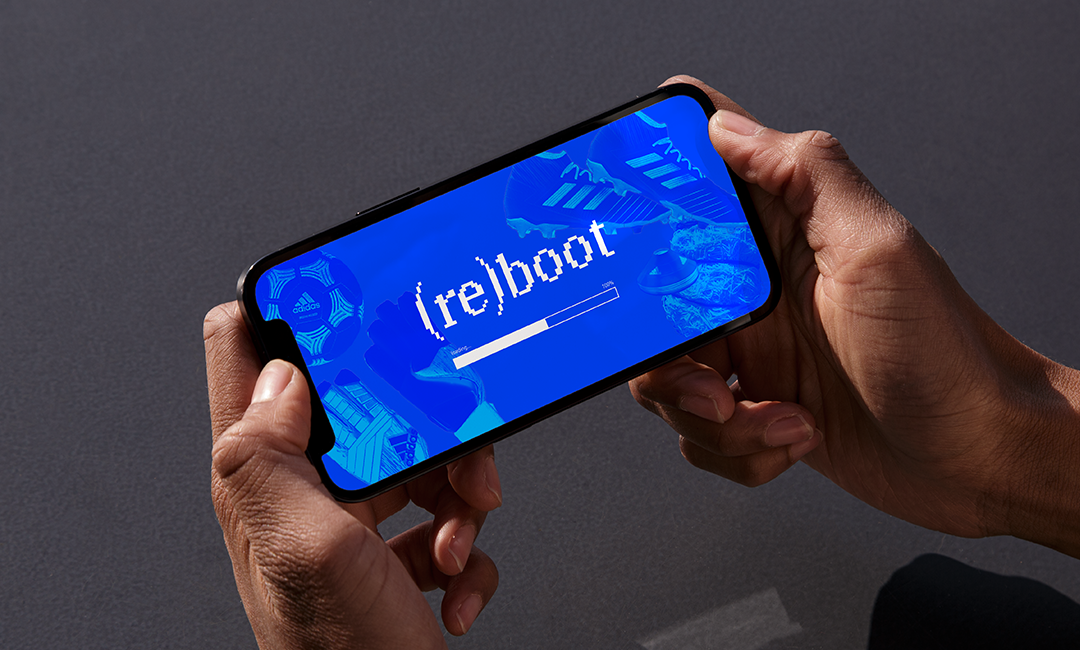 (re)boot is a waste management service designed to serve our planet through football and fashion. (re)boot collects, sorts, and disassembles football industry waste that is then recycled and remade into new football gear and equipment for professional and everyday athletes. (re)boot will partner with expert innovators to create and implement a closed-loop recycling system that can be utilized by all professional football clubs and athletes, everyday athletes, and consumers.

The inspiration behind my current project, (re)boot, came from my experience as a footballer and as an employee of a professional football club, Inter Miami CF, seeing immense amounts of waste in the industry. My hope is to help pave the way for a more sustainable future through sport and design.

Throughout this project, Inter Miami CF (professional football club based in Miami, FL) served as an academic partner, providing me with access to their facilities, product inventory, and athlete interviews. (re)boot is a case study for Inter Miami CF, Major League Soccer, and adidas (club sponsor and manufacturer). 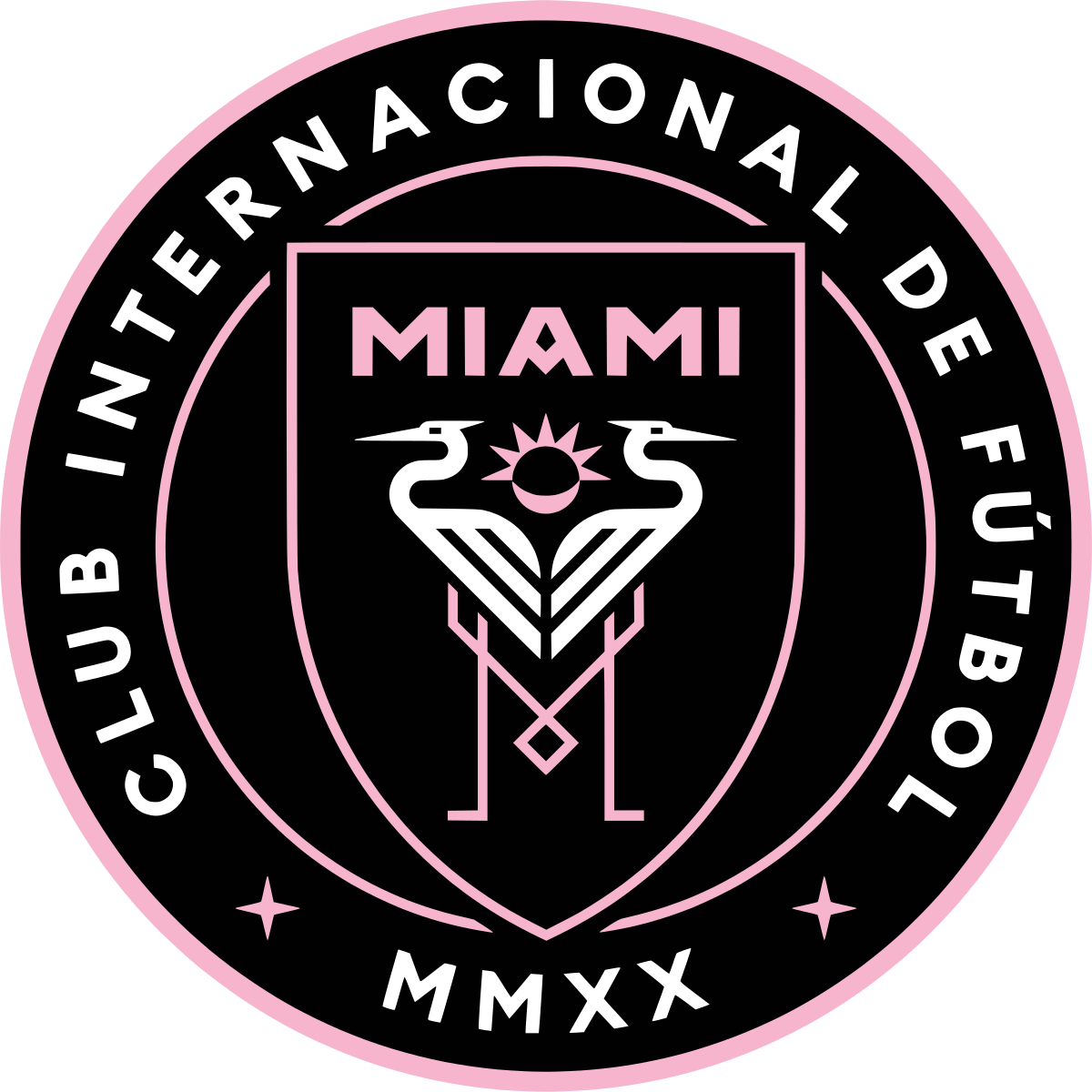 As a society, we have produced a culture of waste.

By 2050, as much as 12 billion tonnes of waste will have accumulated in landfills or the natural environment. Today, only 15% of waste is reclaimed annually. Currently, several brands such as Adidas, are paving the way for a more sustainable future through sport. This project is inspired by what they’ve already started doing. But we all know we have more to do. The technology is out there, what we need now is a cultural shift. 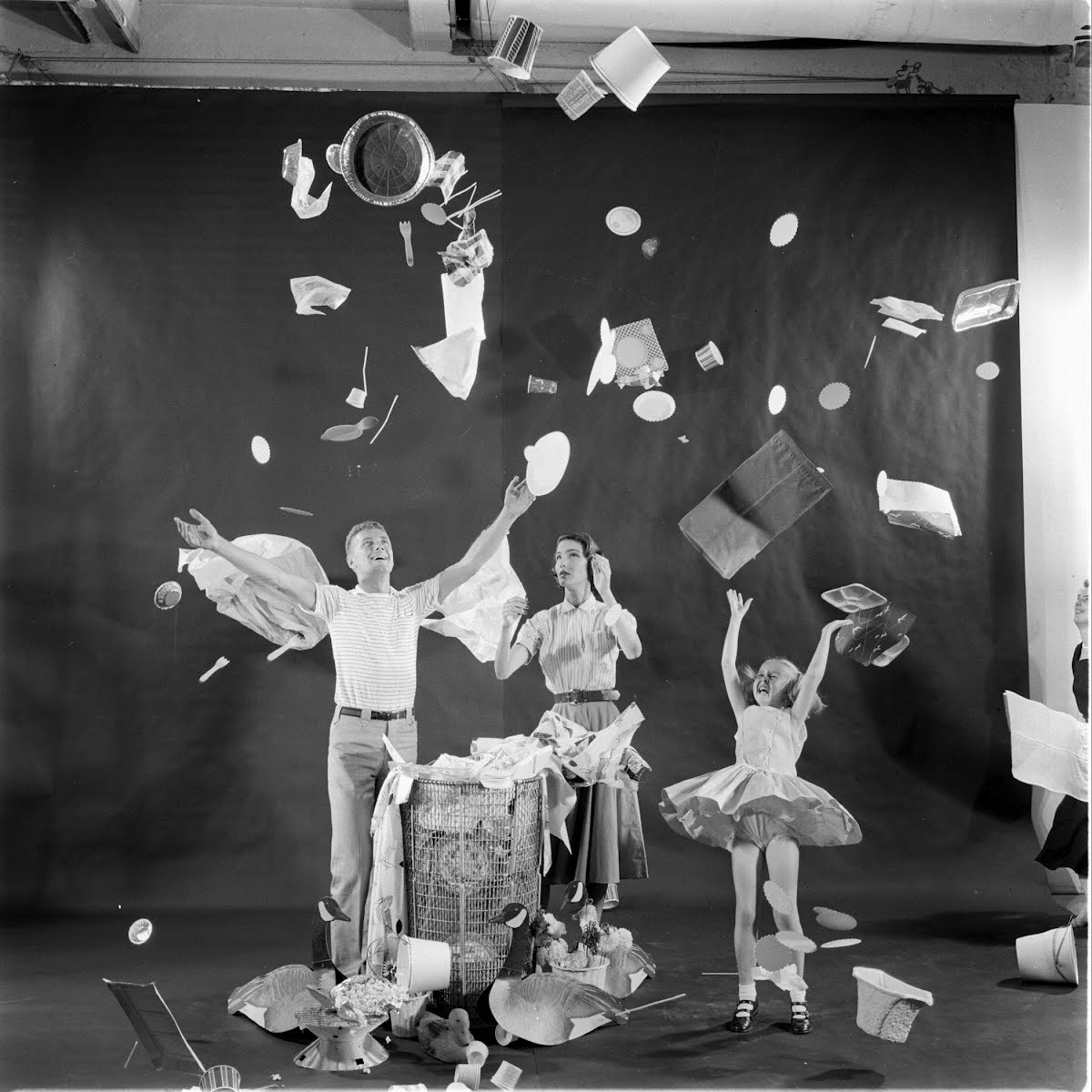 The football industry is driven by a linear take-make-waste model. Every year, boots and training gear are thrown away due to lack of resources, wear and tear, and overflowing donation lines.

I thought, what better way to tackle the waste crisis than through the beautiful game of football, the world’s most inclusive sport. As two of the most global things in the world, they are instruments of culture that have the potential to unite consumers and athletes alike towards one goal: tackling the waste crisis. Throughout my research, I explored several football waste streams and materials such as old footballs, boots, goal nets, plastic cones, goalie gloves, training vests, old pitches and used kits.

Before designing, I had to first understand who the key internal and external stakeholders were. I mapped out the organizations and individuals that (re)boot would have to engage with, the main ones being professional football clubs, athletes, and adidas (sponsor and manufacturer).

I conducted several interviews in the last month with Football club CEO’s and equipment staff. And spoke to a range of footballers, from the professional level to those playing pick up games on the rooftops of Miami. The takeaways from my interviews and conversations were extensive, but here are the 3 key insights:

There is a lack of resources such as storage capabilities, waste management tools, education on proper disposal and recycling protocols, and communication gaps between athletes, clubs and brands

How might we create a closed-loop recycling system that will reduce the amount of waste generated by the football industry, that is normally improperly disposed of?

How does it work?

(1) Worn and damaged football gear is collected and sorted at the end of the season, ensuring it does not end up in a landfill

(2) Football waste is disassembled and turned into secondary raw materials through a closed-loop recycling system, by partnering with an expert recycling innovator such as I:CO 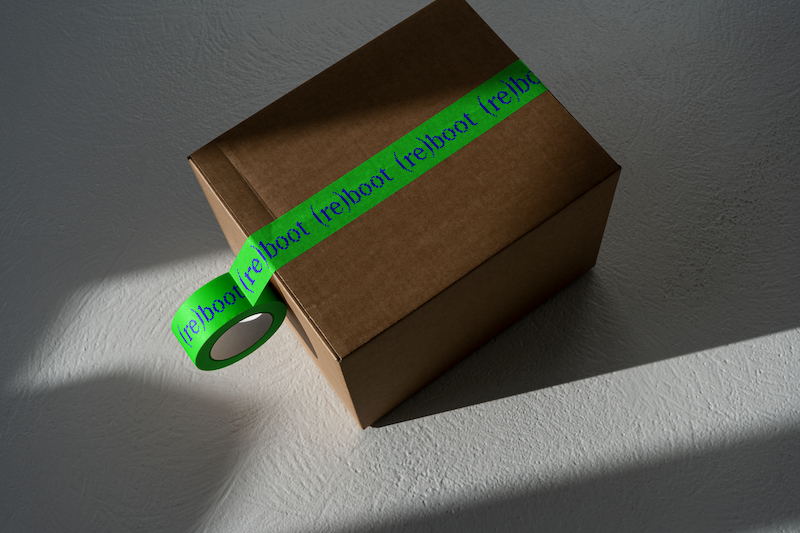 Football is the most global sport in the world.

According to a study conducted by FIFA, at least 3,903 professional clubs in existence, involved within 201 countries

By fostering a community around sustainability and inclusivity, (re)boot brings together consumers, athletes and fans from around the world with one common goal: enjoy the beautiful game without causing harm to the planet. (re)boot aims to change the football industry at a systematic level. But in order to change the system, we need to change culture. To do this, (re)boot will make it easier for athletes to participate in the circular economy, empowering them to take control of their product’s end of life. By partnering with leading entities, (re)boot will maximize the use of materials found in football waste, creating new revenue streams 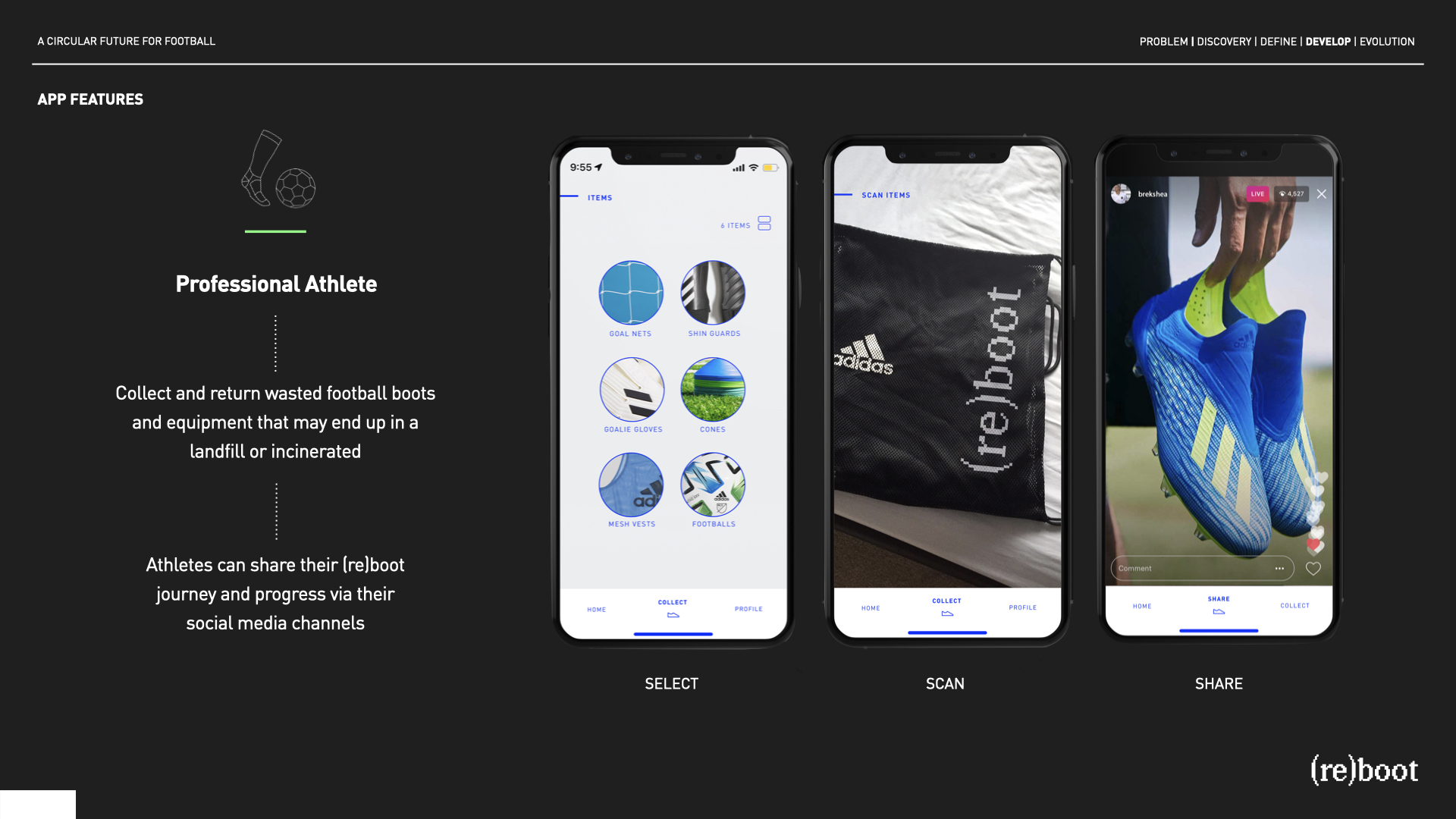 Special thanks to Anna, Holger, Axel, Tom, and JP from adidas, for their invaluable support and insight; to Mike and Aaron from Inter Miami CF, for their relentless effort to provide me with inventory data, athlete interviews, and stadium facility access; to my tutor, Richard Atkinson, and all the tutors from the course (shoutout to Judah), for providing me with advice, guidance, and motivation throughout the project; to Clive, Carolyn, and Brigitte, for organizing and supporting the cohort throughout the course; to my interviewees (Brek, Drake, and Chris from Inter Miami CF) and survey respondents who shared their experiences and dedicated time to my project. 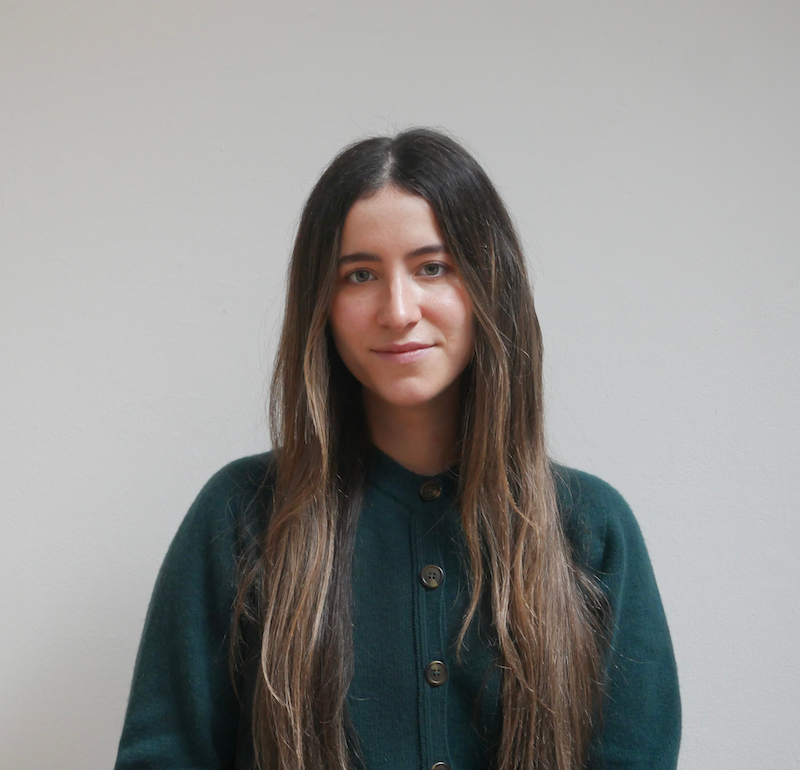