Space tourism as a platform for public topics and funds

To create a sustainable cycle between space tourism and society. 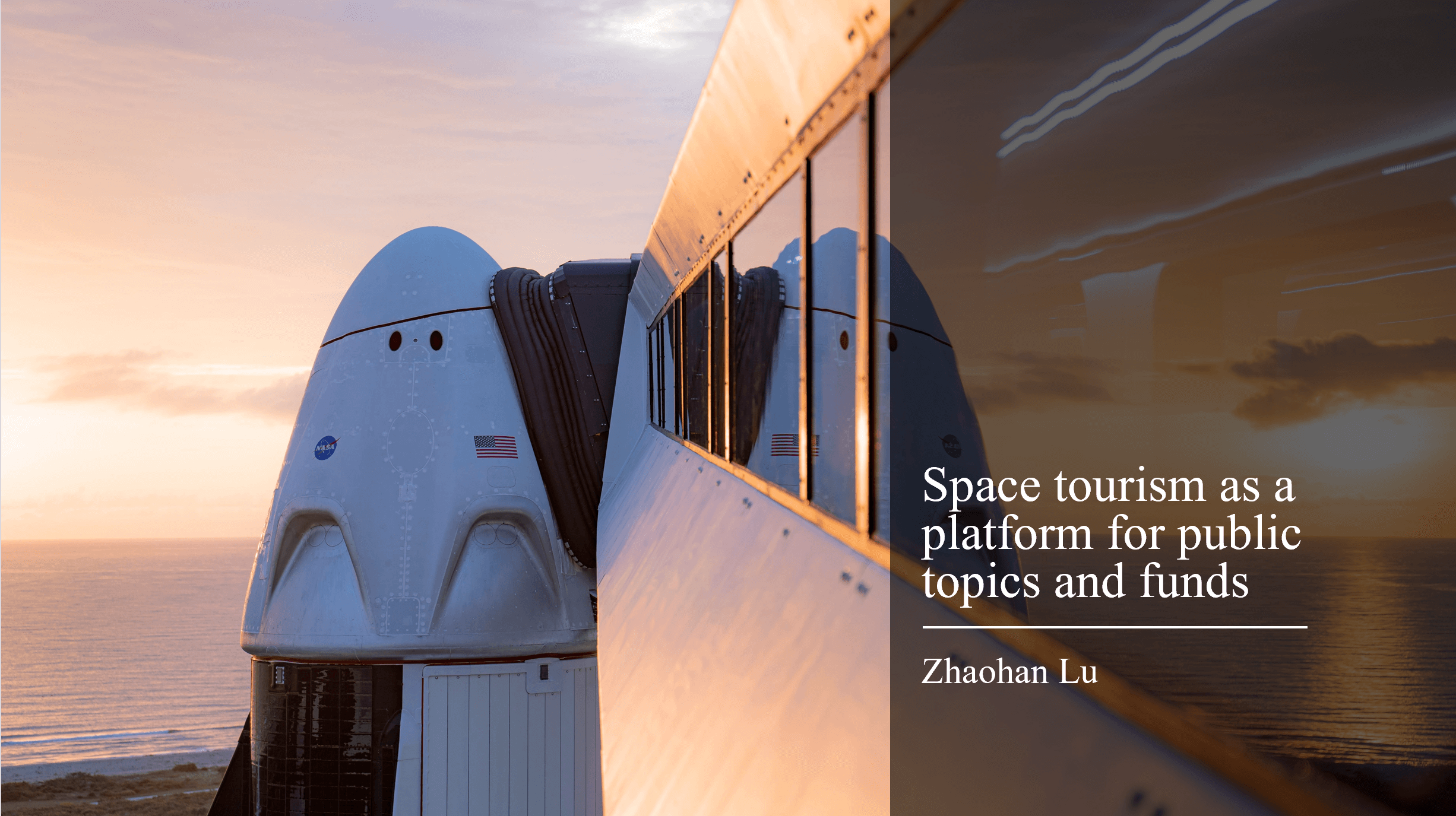 "A platform to call for discussion of various social topics, and provide financial support. It would be used as a carrier for the discussion and dissemination of public topics, exerting positive influence and support on the common issues faced by mankind."

Why do we talk about space tourism more and more often?

The fantasy about space travel is not new. Though after years of stasis, people have rekindled the passion about space for several reasons. Since 2000, roughly 350 private companies related to the space industry have been established, and the growth rate of newly established firms is accelerating rapidly. The number of space companies established per year has more than doubled from 2011 to 2016, and some of them are making huge progress in delivering commercialized services. Companies like SpaceX and Blue origin are constantly iterating rocket technologies and successfully sending people into space.

More importantly, major governments are welcoming private investment into the space industry and are finding more business possibility so that the whole space exploration can be sustainable. Witnessing the booming development of emerging space companies, people can see the possibility of ordinary people going to space one day, which is not only limited to strictly-trained astronauts, despite the current ticket price is not affordable for most people.

How does our society view space tourism?

The UK government’s aim is simple. In the new commercial space age, they want to be the first country in Europe to offer commercial spaceflight services. These services will be carried out safely and responsibly and will bring new jobs and economic benefits to communities and organizations eager to be a part of the rapidly growing UK space sector. The UK Government has awarded grant funding to kick-start commercial activity to achieve launch from the early 2020s, igniting a fast-paced UK spaceflight sector, and inspiring the next generation of space scientists and engineers.

The ISS commercial Space utilization Manager, once explained in NASA’s podcast:  "commercial and business trying is critical to their exploration needs, given that ISS will be the last government-driven program, if there isn't other demand for this, ISS is stuck paying for the entire operating cost, other business model in space makes the science exploration tenable."

It is believed that space tourism will eventually become a thriving business, as more and more people will become users, but we have to admit that, at the moment, space tourism is an activity that only a few wealthy people can participate in. It would impact our environment, and it is a stage that commercial spaceflight has to go through in the early days. 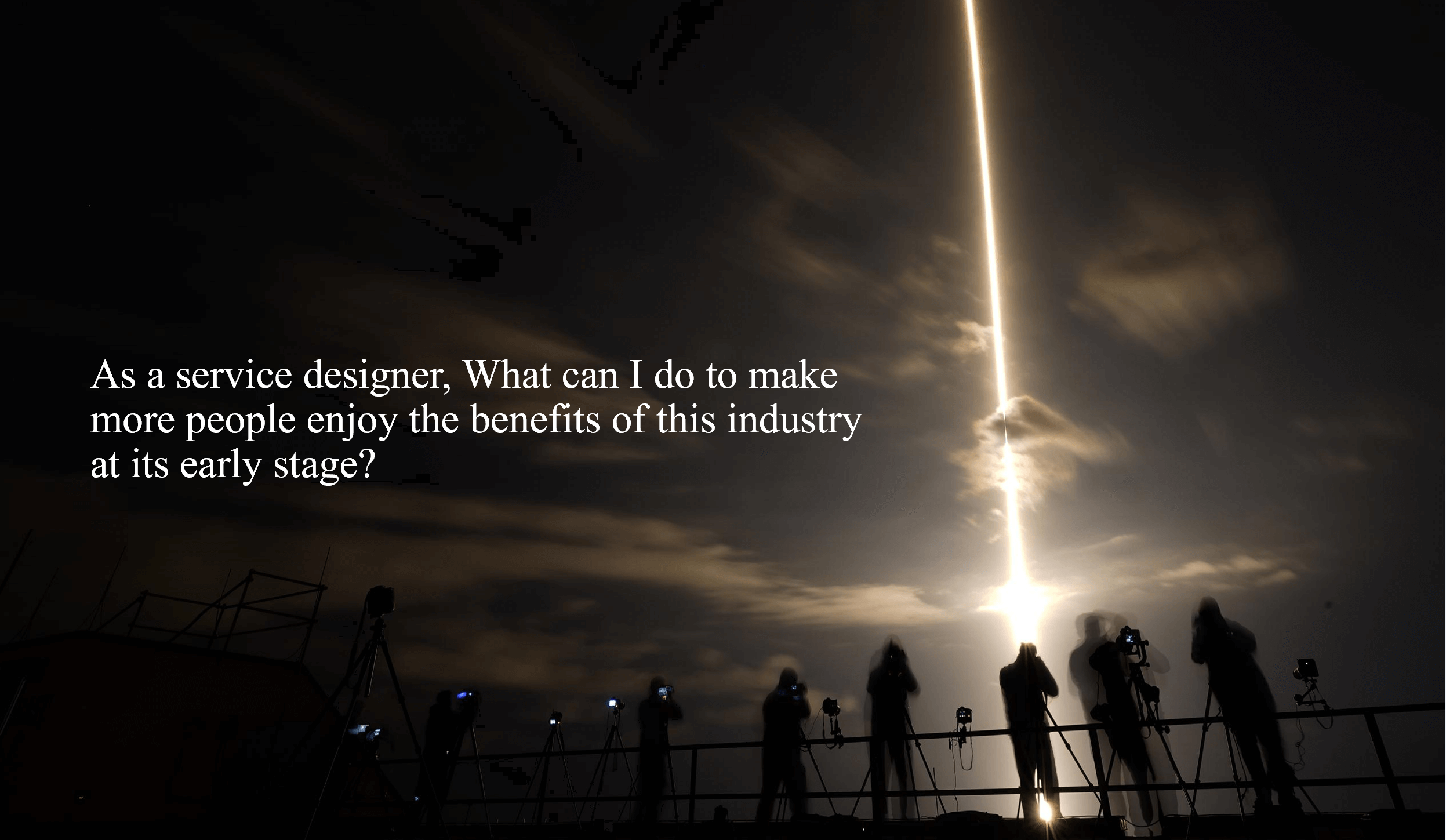 I approached this from three perspectives. First, from the experience aspect. How to transplant the experience of space travel to people on the ground. Such experience is actually easy to achieve on earth: through VR combined with a weightless environment, we can completely simulate the same experience. For real space travelers, the spiritual contentment is far greater than the sensory experience.

Secondly, from the perspective of scientific research, some physical indicators and behaviors of crew during travel can be recorded. However, in the current stage of space tourism, the travel time is too short to carry out too many projects, and it’s not realistic to expect too much from tourists as it’s not in line with the purpose of travel.

Third, as a platform to call for discussion of various social topics, and provide financial support. Each launch mission has its own exposure. It can serve as a vehicle to drive public awareness of certain topics. As the space program has always been a symbol of human solidarity and courage, it is suitable to be used as a veichle of discussion and dissemination of public topics, exerting positive influence and support on the common issues faced by mankind. 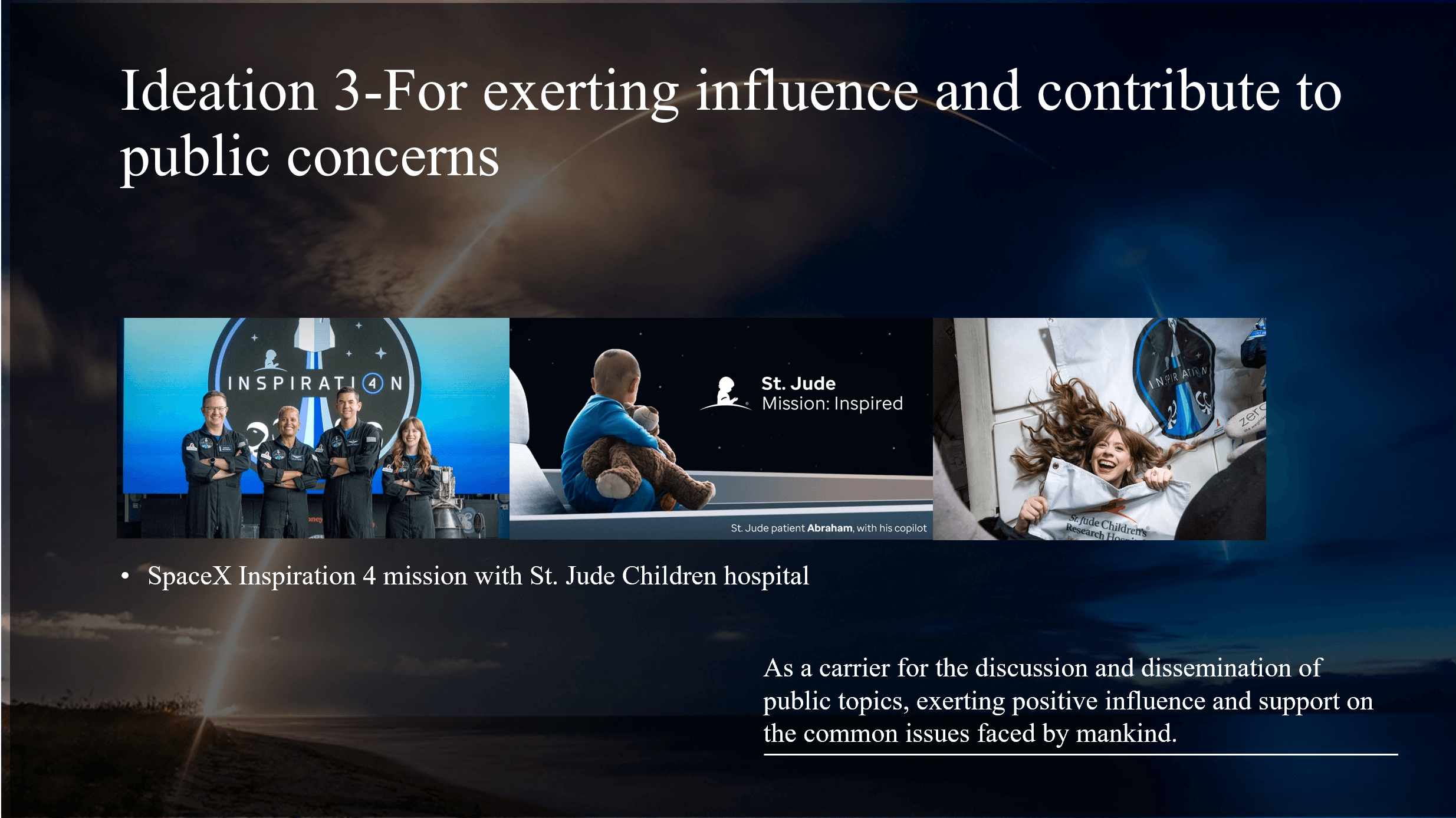 How might we connect the space tourism mission with normal people’s lives, continuously exerting positive influence on the world?

Considering the huge impact and the cost of space missions, we would first use it as a platform for the most urgent and critical topics. The 17 sustainable development goals published by UN cover the majority of issues that our society is facing. This makes it an appropriate basis for us to build the system. Taking the No.1 goal, "No poverty", as an example, there are 49 related events supported by the UN in progress, and dozens of associated organizations and groups to carry out the missions.

To avoid bias, we will need AI to help us evaluate the priority. The metrics should be quantitative or binary in order to provide a database for model training. Firstly, the system will randomly select domains from the 17 sustainable goals each time and every domain only has one chance to be selected in each round. And then, topics with the selected domain will be evaluated according to its urgency, feasibility, impact scale and etc. Finally, the system would decide which funds to support in this topic: factors including total amount of funding, amount of current and past projects, whether the funding was effectively used in projects, and reputation of the funds.

The system starts working from the moment our crew members purchase the ticket. The AI database starts to evaluate and assign topics and foundations. The crew will get familiar with the project they are going to fund along with the basic training before the mission. During the tourist experience, crew members would have some forms of interaction with the topic depending on the length of the trip. Each space mission is live streamed on the website together with educational information on the assigned topic. After the trip, crew members’ name will be honored on the UN's website as recognition for being a contributor to the sustainable development goals. 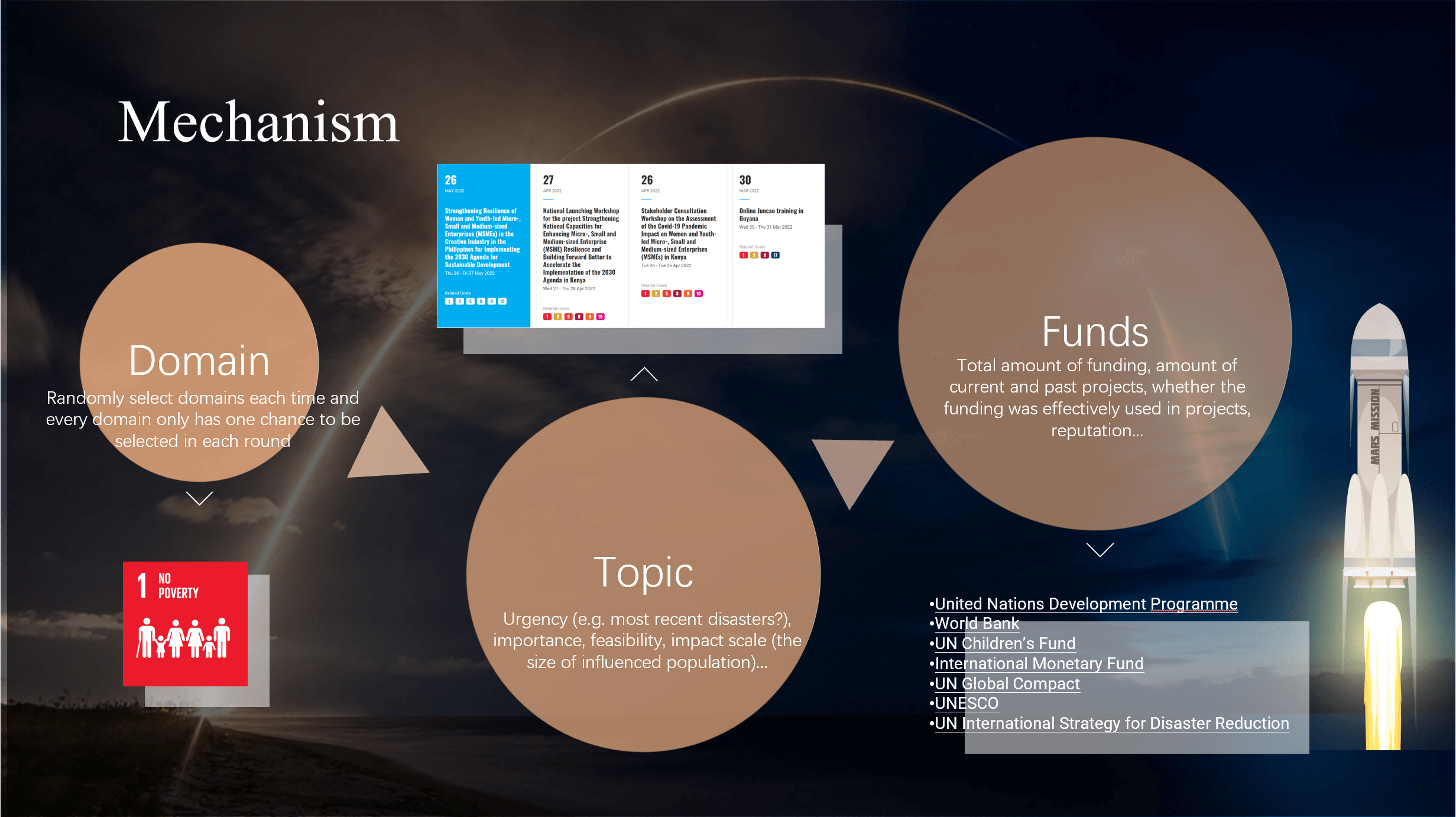 The service can be influential through different aspects and levels of society. I divided them into three main categories. From an industry perspective, the rise of space companies would promote all types of manufacturing industries, not only limited to spaceship products but also other newly emerged opportunities that serve the trip. Government would generate considerable amounts of jobs and taxes. From a civilian perspective, the crew members would be our megaphone to the general public. The interaction with the topic can spread awareness and knowledge through crew members to normal people. At last, its contribution to the Sustainable Develop Goals: the financial support would go through the UN to the people who need help.

In conclusion, space tourism can do more than just providing sensory stimulus. Considering its environmental impact and huge profit, the industry ought to take more responsibility to recontribute to our society. Space exploration was once the symbol of advancement and unity of mankind. The service provides a possibility to create a sustainable cycle between business behavior and greater good for society, avoiding it being merely an entertainment for the rich. 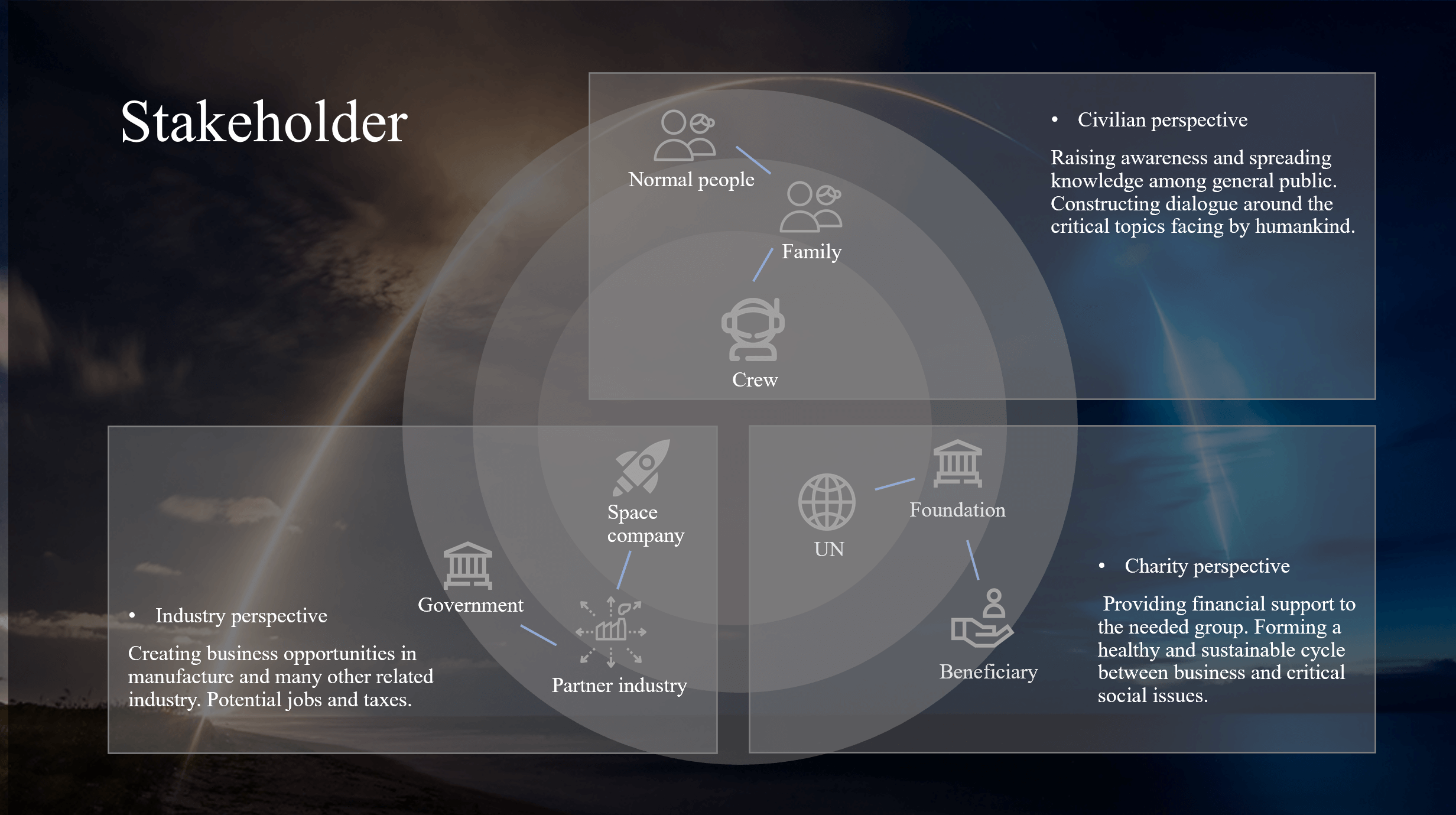 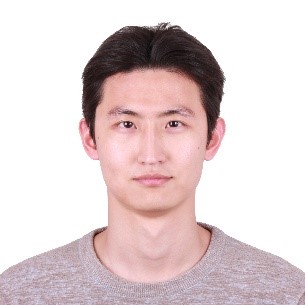